A journey to Greenland

During this voyage, Tecla sets sail from Iceland to Greenland and back to Iceland again. By this time of year, most of the ice on Greenland will have melted, making way for the Tecla to set sail for Scoresbysund, one of the biggest fjords in the world. The land surrounding this magnificent fjord is mostly mountainous, with steep rising edges. With Ittoqqortoormiit as its only settlement you spend most of your time there in the rugged nature. The voyage will bring you back to Isafjordur and includes a visit to Hornstrandir nature reserve. Isafjordur, the capital of the Westfjords lies safely behind a sand spit. Helgi Magri Hrólfsson first settled here in the 9th century after seeing its potential. In later years the town became important to the Danes as a trading post. Through out this time the fishing industry has been the main support for the inhabitants of Isafjordur and the rest of the Westfjords. During this voyage it will be the starting and finishing point. This gives us the opportunity to wait out favorable winds or eve ice states, while visiting Hornstrandir at the start of at the end of the voyage. A fast area largely abandoned in the 1950 and left to look after its self. There are no roads, making a ship, the only possible way into the reserve. The people who used to live here cultivated small pieces of land to support their cattle with hay during the darker months. And although during summer many birds and eggs where taken from the bird cliffs, fishing was the main in come for the people of the Hornstrandir area. After the abandonment, the flora slowly started to recover its former and original state. The now 260 flowering plants and ferns are a good summer hide out for the arctic foxes who made their own recovery. A hand full of houses abandoned and restored are the last reminder of the little civilization once present. 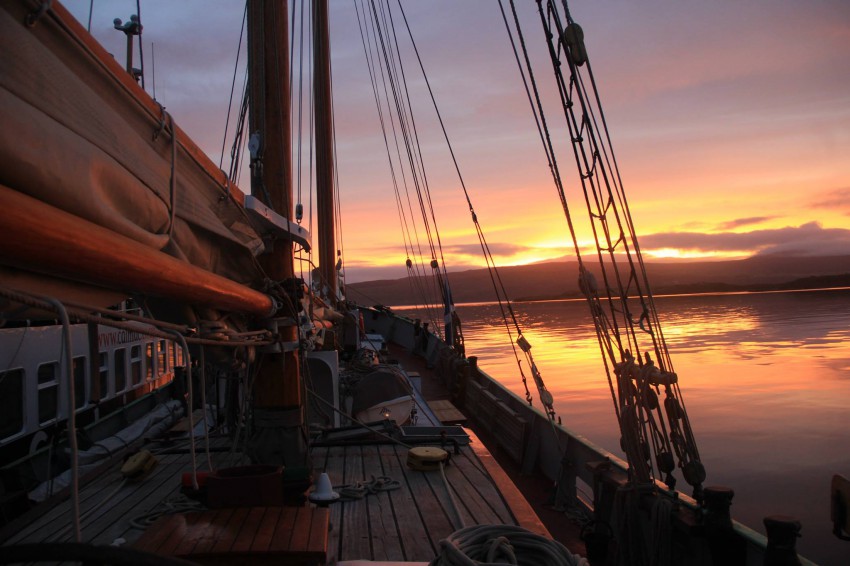 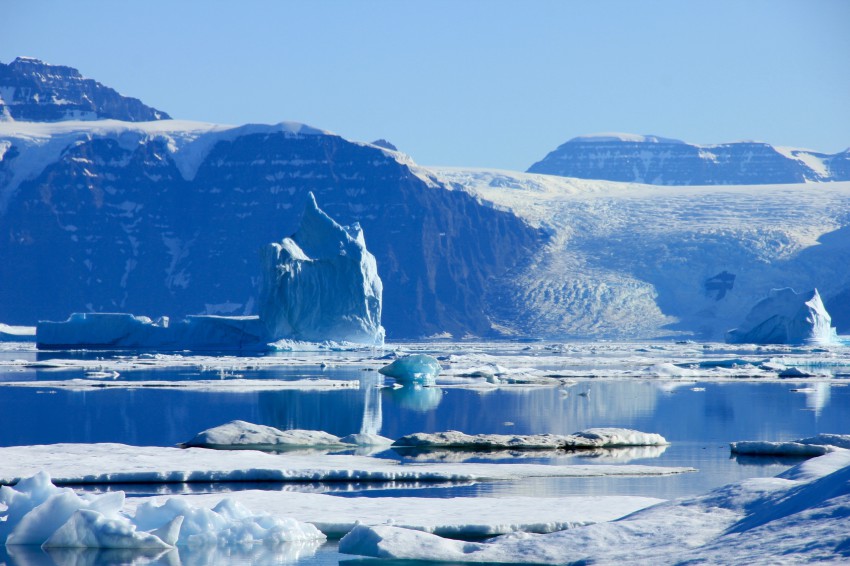 Setting of from Isafjordur we enter a larger fjord system, The Isafjardarjup. At the center of al these fjords lies their maker. Like a spider in its web, the glacier Drangajokull is sitting at just under 1000 mtr and watches over its liquid counter parts below. The glacier once covering the land trapped the volcanos below. In this way, the magma below the ice formed the table mountains, now iconic to the area. After the retreat of the glacier the fjords where carved and are still being shaped by the fury of the North Atlantic. Drangajokull is no longer a calving glacier, and has terminal moraines at al its fjords. Making the navigation tricky at some spots. Depending on the weather and wind forcast we, shape our course.

First day we will try to make it to Hornvik, the crown in the Hornstrandir nature reserve. Famous for the bird cliffs and of course the artic foxes! During the first day we will get a good chance to get to know the ship and our new crew mates. Safety instructions and some drills will be good practice before crossing the Greenland Sound.

Depending on the wind and ice state we will leave the next day to cross the Greenland Sund. This crossing will take 2 to 3 days. Scoresbysund is only excisable at a limited time in the summer due to the great amount of ice accumulating at the mouth of the fjord. This ice will determine the progress of most of our trip. Once we have found our way into the fjord we will clear-in at Ittoqutormiitt. Giving the crew time to investigate and explore this real Inuit settlement! The permanent crew will clear customs and get the ship ready for the next leg.

Milne Island lies in the middle and gives us great variety in exploring! The first stop after Ittoqoortormiit will be Viking Bught at the foot of the glacier. Next morning we will set of for Denmark Island and go ashore to explore its flora and fauna and of course the splendid views into the sound. In the morning we set of in to Fon fjord with the towering mountains on port and starboard. Rising up to 2000 mtr high coming from 2000 mtr below the sea level! Under way keep a close watch for Narwhales who are a rare sight now a day. That afternoon we will anchor at Ankervik and visit the research center. The biologist are mapping the movement of the Narwhale assisted in their work by the local community of iniuits. Ankervik offers great day hikes for al levels with the opportunity of spotting Muskox and arctic foxes.

Next up is the Rode fjord named after the color of the sandstone. This will prove to be an intensive day of navigating though the ice the glaciers dispose daily. We will anchor of one of the smaller Islands and enjoy the unforgettable views of the ice fields and colors changing from day to night time. Harefjord will be our destination for the next day. Harefjord is named after the abundance of arctic hare found on the hills. They sure are a sight! Under way to Harefjord we will try to get up close to one of the glaciers were safety permits, for some good photographs. After spending the night at Harefjord we set of for Rypefjord and its glacier. In Rypefjord we can safely get close to one of these great glaciers on shore. There are also plenty of opportunities for day hikes suited for all levels to see the Muskox!. Next morning we will slide into Ofjord zigzagging through the ice field and taking in the sites. At the end of the fjord we will see the rock formation “seals hand” pointing us to our anchorage at Bjorneoer. The 360 view from one of the summits grand’s us the opportunity of one of the best pictures of the trip. One last stop on Milne Island, Charcothavn named after the famous French explorer. After this it is off to Ittoqoortormiit to clear out and spend the day in the village.

Depending on the state of the ice we will make for Iceland and spent our last days cruising the Hornstrandir, visiting places like Heysterifjordur or Adelvik before ending our trip in Isafjordur

An expedition to remember! 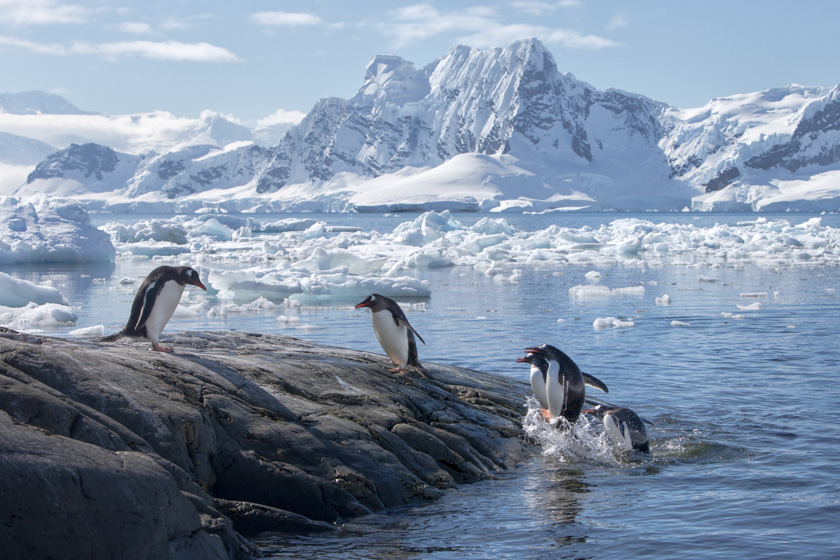 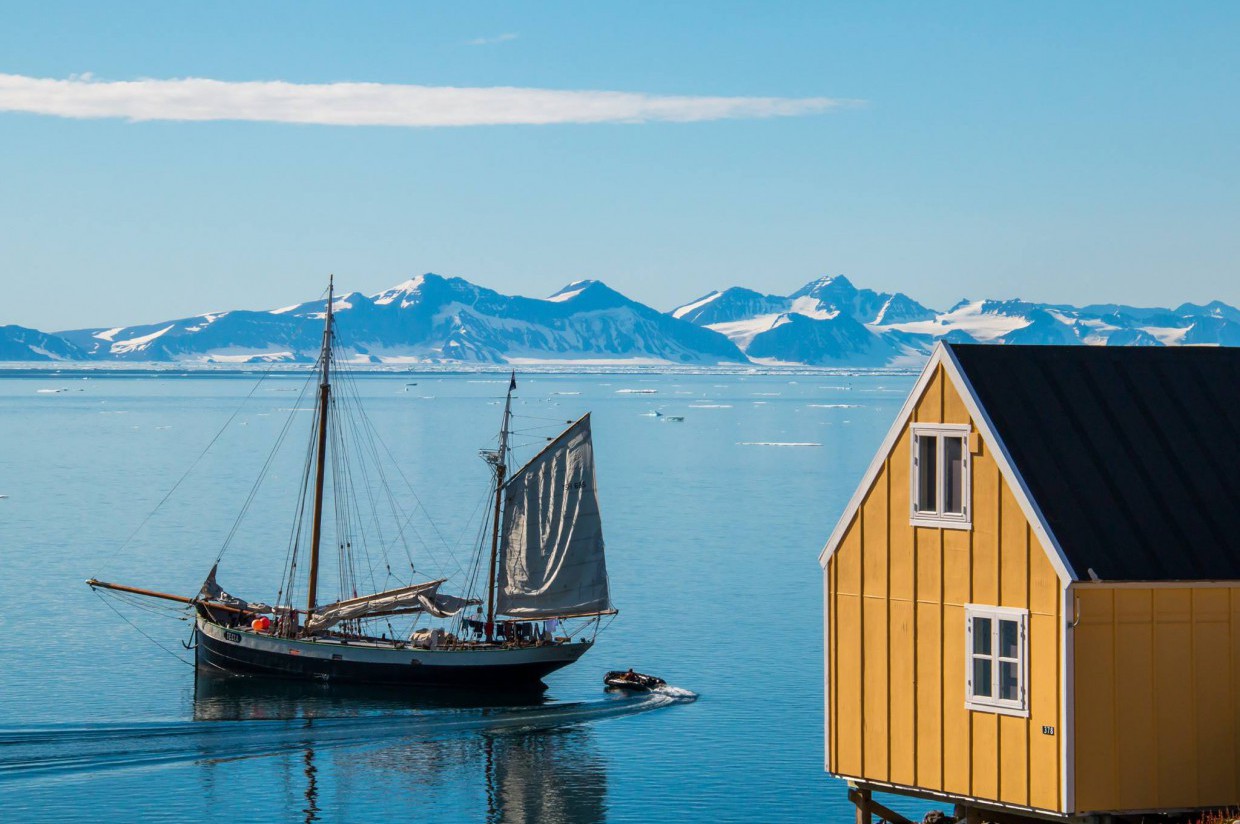 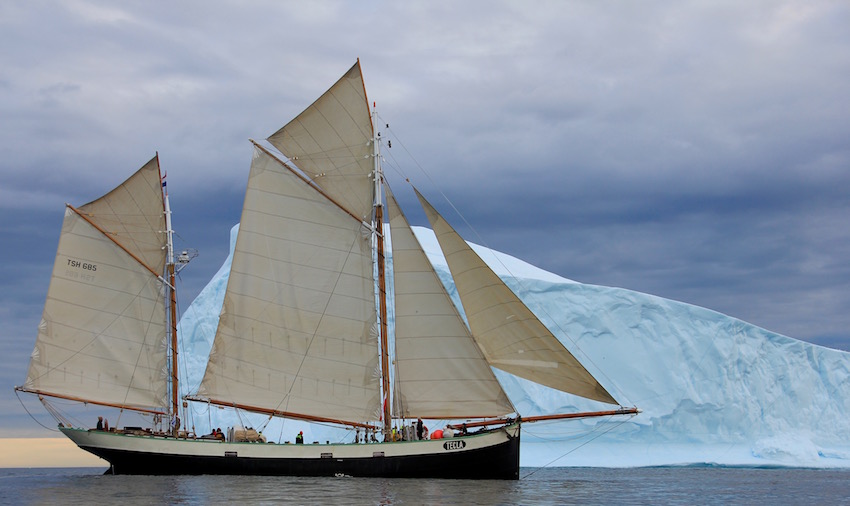