Our starting point Reykjavik, the world’s most Northern capital, is the gateway to the ‘Wild West’. On the edge of the Arctic circle and on the edge of civilization just before nature gains control, lies the biggest city of Iceland. We sail in a setting of snow covered slopes, shifting into fields of flowers in every spectacular form and colour! Accompanied by Killer whales, Fin whales, humpbacks and Sperm whales. Setting off in to the Faxafloi, the Arctic blue gives a magical twist to the mountains covered in mist. A good first stop is Hvalfjordur, translated – whale fjord. At it’s entrance lies the abandoned whale factory, witness to Icelands whaling past not so long ago. Al this time we are sailing North in the shadow of the sleeping volcano Sneafellnes, standing at 1450 meters height, the “pyramid of eternal snow” can be seen from Reykjavik as well as from Latrabjarg. The bay is littered with weather permitting anchorages, all different but equally beautiful. Arnastapi at the foot of the Sneafellsnes is a good point to attempt its summit. According to the sagas the first to do so was the troll Bardur. His statue near the basalt formations confirms his heroic feet! Sneafellsnes mountain range is the natural border between the Faxafloi and the Breidafjordur, but also between the Westfjords and the rest of the country! Rounding the peninsula on a clear day the snowcovered table mountains of the Westfjord area make the difference very obvious. While on starboard we find the relatively young lava field at the foot of the Sneafellsnes, 30 NM to the north the vulcanos, once trapped by the glaciers, leave a landscape of table mountains. We slowly make our way north, but not before exploring the Breidafjordur. Olafvik is another good place to start a hike up the slopes of the Sneafelsness, or just a stroll up one of the less demanding cliffs. Grundarfjordur 20NM further into the Breidafjordur, also offers some great walks after a good day sailing. The old fishing port is still used by the locals as a main place for landing their catch of cod. 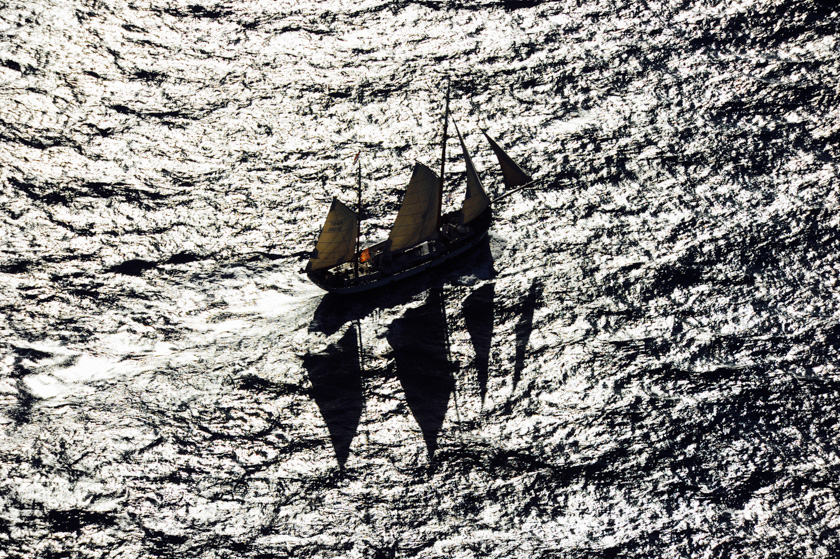 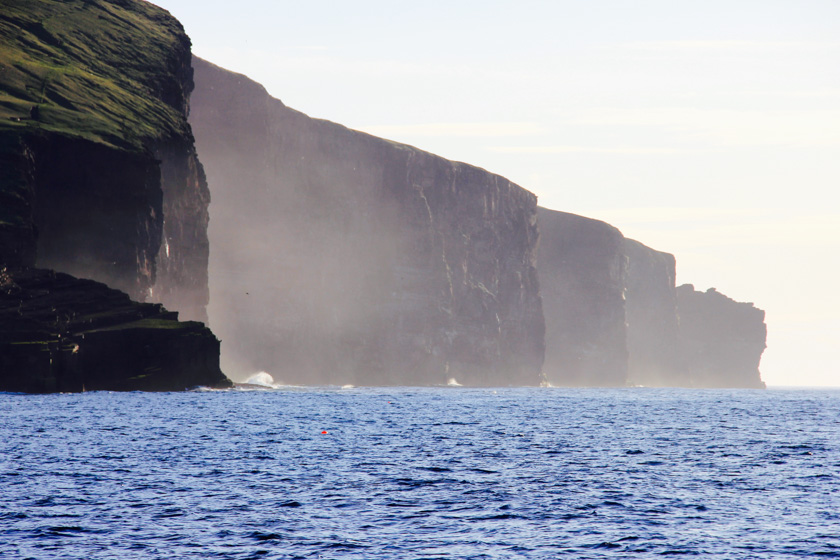 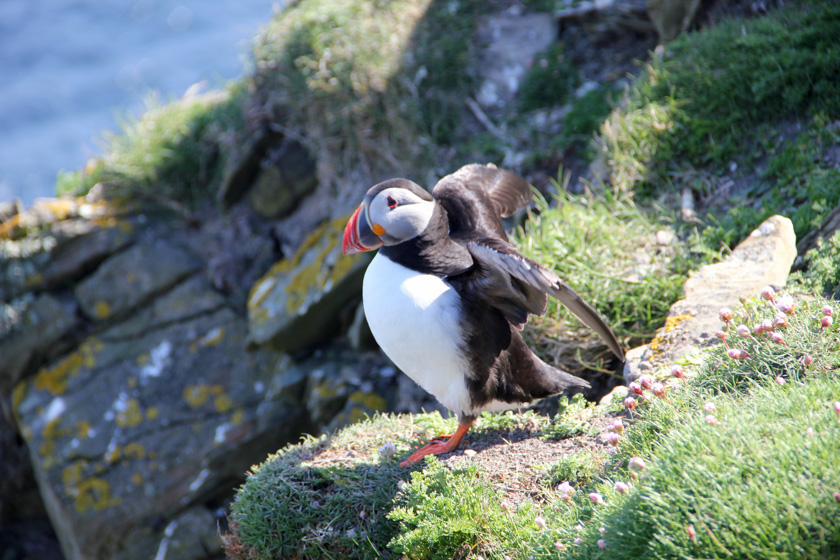 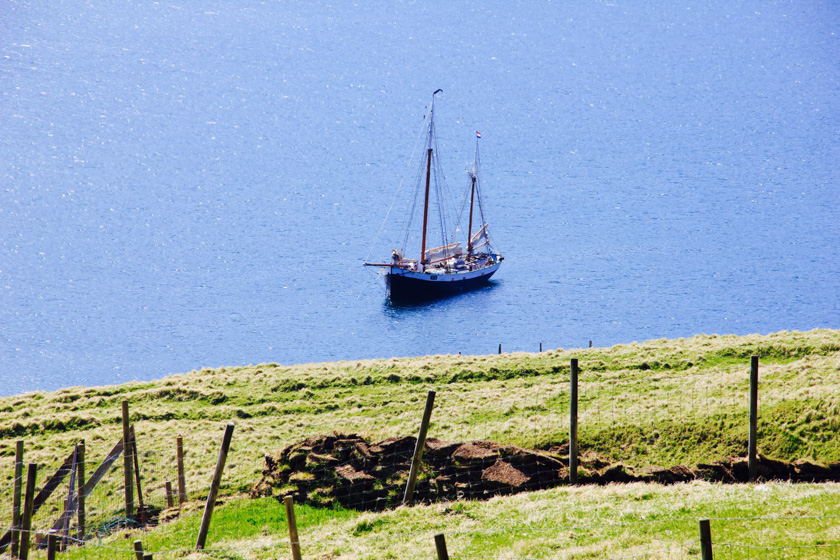 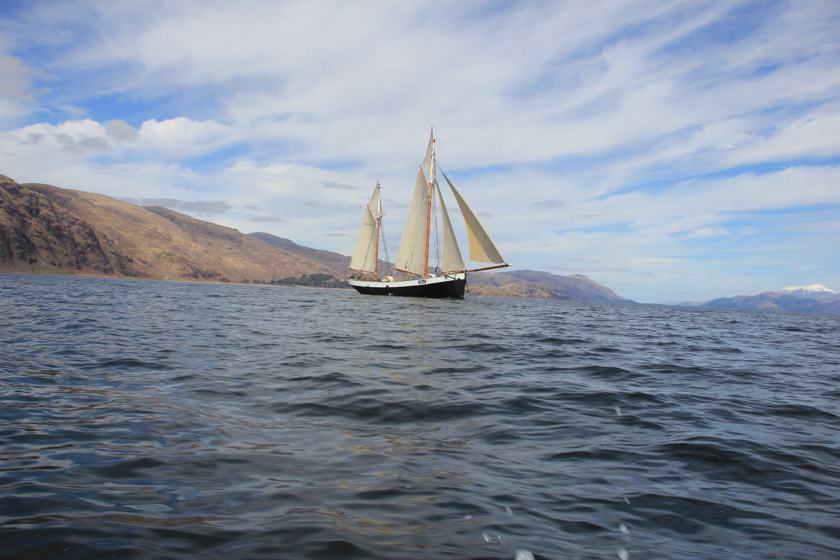 Creeping further into the fjord among the many little islands, “post-card-pretty” Stykkisholmur sits at its undisputable throne. To many, this colourful settlement is the most handsome in the country. Stykkisholmur has much to offer. If time and weather permits, we descend a little further into the saga country. Navigating the tides and little islands we enter Hvammsfjordur. Beautifully hidden behind natural barriers well of the beaten track. Another one of these places is the Island of Flatey. Once a busy trading port, now more laidback and favorite for many bird species. It gives a great view over the Breidafjordur. Being able to see both table mountains and the ice cap on the Sneafellnes.

The South coast has many anchorages worth exploring! One of these is Kevlavik (not to be mixed with Kevlavik airport) If weather permits we anchor in the shelter of the famous Latrabjarg opposite the orange refuge hut. For those who like, there is a challenging walk to the bird cliffs. If the mood is less adventures, the views from the beach are more than enough! Rounding Bjargtangar we set ourselves up for the Westfjord and its towering cliffs. The glacial landscape is predominant with the ever present Greenland Sund (Denmark strait). Branching of the North Atlantic drift, the Irminger current brings relatively mild temperatures. Its northern counterpart, the East Greenland current does the opposite by pushing the colder water South. Both of them collide right there in the Westfjords. Many different species of marine mammals feed on the plankton carried by the East Greenland current.

Crossing the entrance of the Isafjardardjup we arrive at the Hornstrandir Nature Reserve. Abandoned in the 1950’s Hornstrandir was left to look after itself. It is now home to most Arctic fauna that flourish in the short and intense summer. Arctic foxes roam freely, while Puffins, Kittiwakes, Razorbills and Guillemots nest on the towering sea cliffs! One of the highlights while in the Hornstrandir Nature Reserve is a walk up one of the cliffs of Hornbjarg. Amidst all the wild flowers you are sure to spot an Arctic fox or her cups! We end our trip in Isafjordur, the capital of the Westfjords with a staggering 1500 inhabitants!