Too close to the North Pole

and the compass stops working

What kind of things happen during an expedition such as the North West Passage attempt? Well for example that the compass stops working when getting too close to the North Pole.

Gijs runs outside with a flushed head and turns to the helmsmen ‘What is happening’ the helmsmen looks back at Gijs, then looks at the compass, then looks at Gijs again. ‘I have no idea, its not working any more, I cant get it back on course’. Gijs looks around as the Tecla is turning in a wide angled turn and is nearly 180 degrees off her course, but the compass keeps pointing at the same course..

You know it is going to happen, you are sort of waiting for it.. but then when it happens, it still takes you by surprise. The angle between the true north pole and our compass is getting so small, that it’s reaction has slowed down and has now stopped working. The compass has become useless and is spinning on its own. After doing a 360′ turn on purpose and removing magnets inside the compass, it is still not back to normal, and so we are navigating on sight and GPS. Keep that iceberg to your port side and keep an angle of 30 degrees with that cloud, because even the sun is no help to us here. 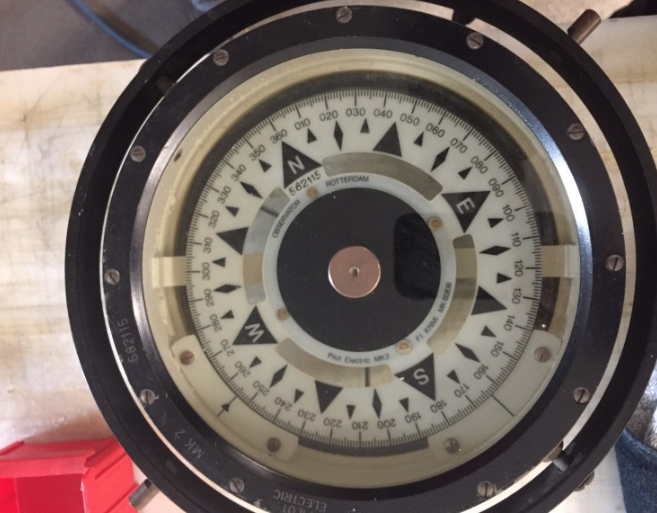