Are you brave enough?

These nicknames, roaring forties, furious fifties and the screaming sixties, refer to the latitudes in the Southern Ocean. These areas are notorious for their strong westerly winds. An old sailors saying is ‘Below 40 degrees south there is no law and below 50 degrees south there is no God’. This exemplifies the ferocious storms that sometimes rage over these areas. Waves can tower up to the size of a six-story building.

The winds here are caused by the rotation of the earth and the winds from the Equator to the South Pole (known as the Coriolis effect). And here are little landmasses to break the storms so they can blow practically uninterrupted. Therefore, the (sometimes) huge waves and rough winds.

The roaring forties were a major plus for sailors on their way from Europe to the East. These winds could increase the ESTA immensely, which had great benefits in the Age of Sail. Now, we mainly sail here because it is extremely adventurous and exciting! Are you brave enough to join our adventures? 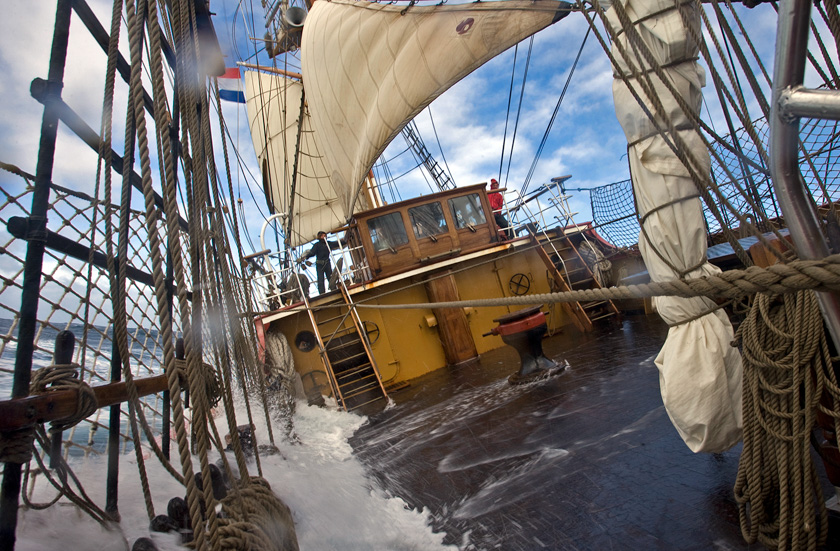