We knew it was a possible perfect night to spot the Northern lights. The previous night had been said to be the best, but the sky was overcast and although we saw some light shimmers, we could not really distinguish colors or shapes. So, this night we were hopeful as the sky was only partly cloudy and the sun had already set. After dropping the anchor at 23:30, we went downstairs for a well-deserved drink, with one person sneaking outside every now and then to see if there was any activity. At 00:15 the first lighter clouds started appearing and we went outside. And at 00:30 we called everybody out of their beds as the sky was lighting up with green flashes and the light was dancing from left to right. 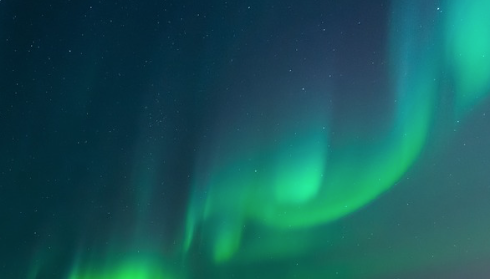