slalom between the ice pieces and shoals

The ice kept coming, every now and then an open straight of a few 100m appeared, but invariably more ice was behind. On board, the crew noticed the analogy with a computer game where navigating obstructions is followed by just more challenges in the next level. Although most sea-ice forms flat shoals and small pieces, several floats have irregular ice shapes on top and melting sometimes leaves odd table or mushroom shapes. Recognizing various animals, fantasy creatures or whatever forms part of our entertainment. After about an hour of concentrated navigation the ice density decreased and eventually a regular course could be steered again. On the next watch another dense ice patch was encountered this time compounded by fog, but in the course of the next morning the ice gradually disappeared and the ice flows were but a memory. In the meantime air temperature had dropped and the wind speed picked up so that conditions on deck were truly arctic. 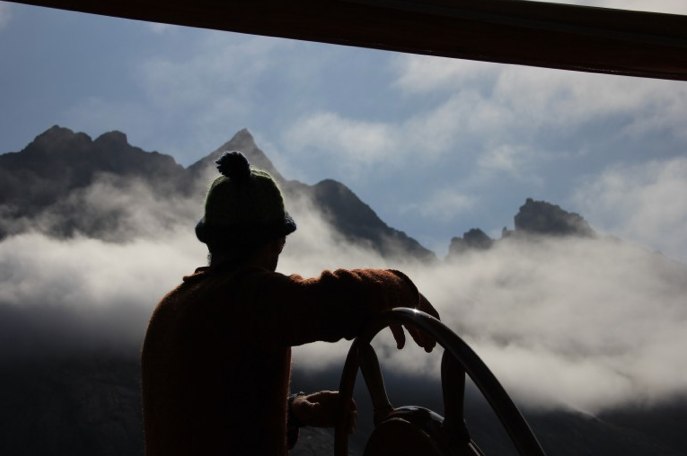